Well hello! You made it! Welcome to my new home.

I’ve only just moved in, but it already feels like home. Welcome to emhawkerblog. It’s been a big journey over three years, and as you can see, it started in an (aesthetically) ugly place. I’m very happy to be here now! 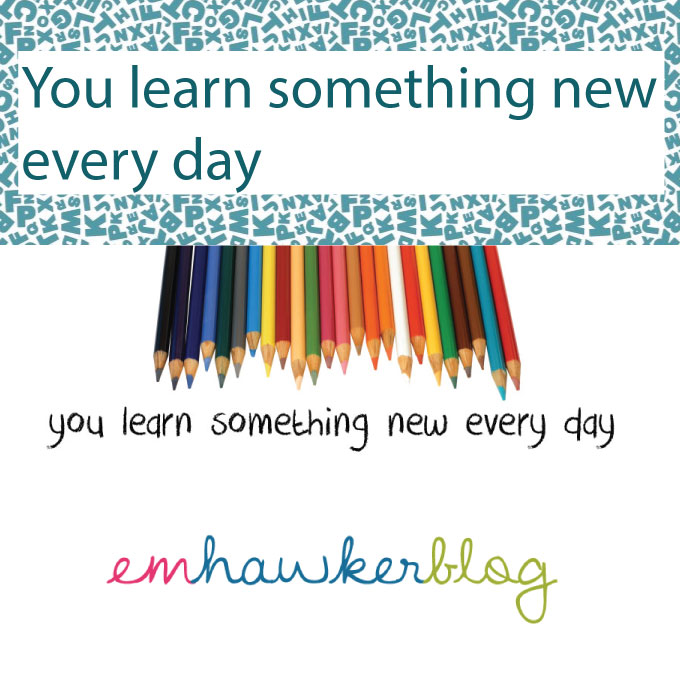 I’m not sure what to say. Big welcome speech? Big post outlining the reasons for the move? More about me, me, meeeeeee?!

I will ask you to do a few things if you’re a long-term fan. Or a first-time visitor who’d like to stick around. If you follow this blog in a reader, please update your follow to the URL http://emhawker.com.au. If you follow on Facebook, you don’t have to do anything except be aware that my page name will change from You learn something new every day to Emily Hawker – emhawkerblog on Boxing Day (at approximately 4:23am AEST). And if you subscribed by email over at YLSNED, please do it again here. Just over there on the right. Then I’ll keep hitting your inbox regularly.

But enough of that. No big speeches and carry-on.

Let’s look back at 2014 instead. The bloggy year in review. In reverse. My greatest hits of 2014 as ‘voted’ for by your visits, comments and shares.

Guess what? This is my only post for December! This one right here, the one you’re reading at the moment, wins by default. To quote Homer Simpson, the two sweetest words in the English language. De-Fault! De-Fault!

My most shared post of November (and second of the entire year) was my attempt at fancy-schmancy literature in the form of Because I fucking said, the unofficial sequel to bestsellers Go the Fuck to Sleep and You Have to Fucking Eat. If you’re a publisher, I look forward to hearing from you soon to discuss launching the book.

In October, Eden Riley of Edenland fame launched the first annual international lip-sync awards. It’s an ode to her brother Cam. He killed himself last year and it’s BULLSHIT. (Pardon my language. I don’t usually swear around here. Except in November. Ha. But what other word can you use?)

So in October, I decided to enter the first annual international lip-sync awards with Tribute (to the greatest lip-sync in the world) (with the help of proxy Kyle, pictured below). And I was pleasantly surprised by the overwhelmingly positive feedback. Laughter is positive, right? 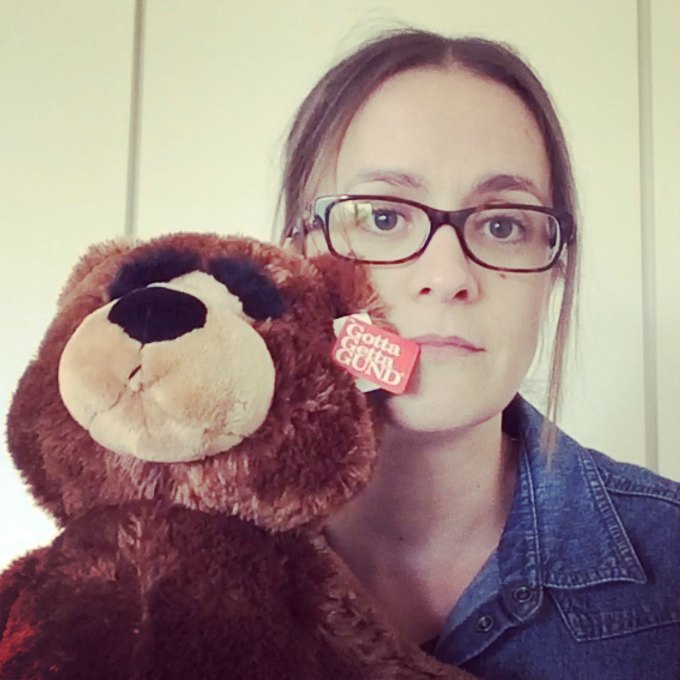 September was a busy bloggy month. I came back from the ProBlogger conference at the end of August recharged, refreshed and really keen to blog my little heart out. I rewrote a song, interviewed my toddler, wrote about my dreams for my children and told an epic tale of my chocolate addiction.

But it was a post about fashion of all things that saw my reader numbers grow, thanks in no small part to Nikki from Styling You sharing it with her community. September’s top post was Why I participate in #everydaystyle. (And yes, I still tag all my #everydaystyle pics with #notafashionblogger!) 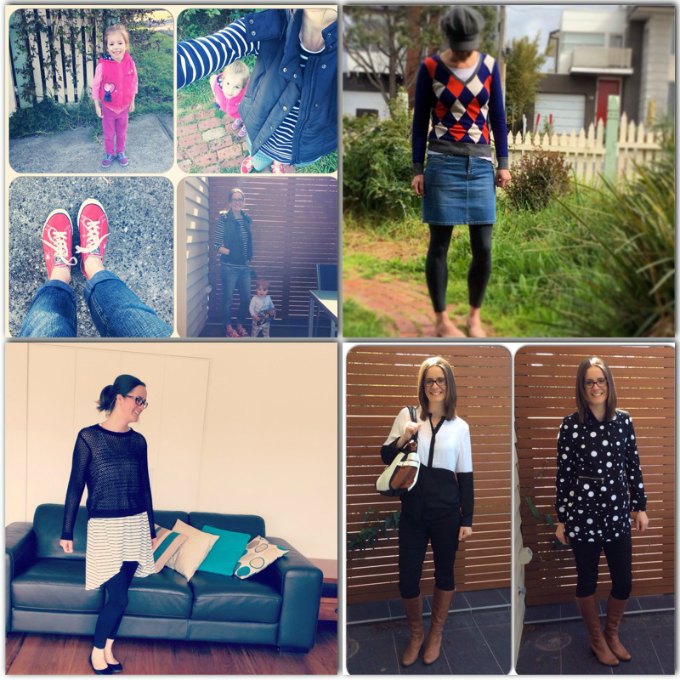 In August, I opened up about what it’s like to live in fear of My worst critic. And the response made me both happy and sad: happy that I wasn’t alone; sad that others experience this kind of criticism too.

July’s posts had a very strong ‘woe is me, everyone’s sick and boohoohoo WAAH’ theme. I complained, I moaned, and I rewrote some song lyrics about needing to get out of the house. But it was finding the beauty in the moments of sickness that people responded to. Here’s Beautiful moments part one (words).

Okay. Do up your seatbelts, everyone. Here’s my biggest post of the YEAR. Visits and shares were phenomenal. And are still going. Have a read (and a sing) of We didn’t start the mummy wars. (And in 2015, you just might see a video clip. Oh crap, I’ve put it in writing. Now I have to do it, right?)

And please forgive the formatting. I’m getting around to fixing it all up post-blog move.

May proved that even when your blog is generally positive and family-focused, an occasional rant can work wonders. I wrote about My career – or perhaps, more correctly, my current lack thereof and some people’s need to pass comment on it – and it seems I touched a nerve.

It’s back to the songbook (and back to some negativity and whiiiiiining) in April with You had a bad day. (Although – spoiler alert – there just may be a silver lining at the end. And in my defense, I had my right arm in a sling for most of April, and my husband threw his back out. And did I mention that our youngest wasn’t yet walking? Or sleeping through the night? What? I’m whiiiiiining again? Sorry.)

A writing post pops up for the surprise win in March. In People of the past, characters of the future, I wrote about how difficult I find it to craft characters without referencing the people I know. And I decided that it’s not only acceptable to do that, but necessary.

Well hey, look at this. Another writing post was popular in February. A little ditty (not about Jack and Diane) that I wrote about Advertising. Once again, please forgive the formatting. It’s on the rather extensive blog tidying to-do list.

The end! We’re at the end! I bet you never thought we’d make it. The year started with a bang, with a rewrite of a song rewrite. Dumb ways to get hurt (the reader remix) was a hit that featured the tumbles and spills of many long-term readers (and in one case, a reader’s husband!). Thanks for enjoying it, and thanks for contributing your tales of injury-prone woe. (And if you haven’t read either of the song rewrites before, you might want to start with Dumb ways to get hurt from November 2013 before you read this reader remix. Forgive the forma… yeah, yeah, you get the drift.)

And that’s it! The top reads on emhawkerblog (formerly YLSNED) as voted informally by you.

Thanks for reading along this year, and if you’re here, then thanks for joining me in my new bloggy home, however you managed to find me! Have a look around. Pull up a chair. Make yourself comfortable. I’ll be back in 2015 with more to entertain you. Let me entertain you… maybe I’ll kick off 2015 with another song rewrite.

What were your favourite blog posts of 2014? Share your links here – I’ll need lots of reading over the Christmas and New Year break!