I have a confession to make: I don’t usually like personalised children’s books.

Perhaps that’s because when I was growing up, they just weren’t that great. Did you ever get one? They’d be impersonal stories, semi-well-written but vague enough to fit anyone, and your name would be inserted once or twice because MAGIC.

They were like those bulk send emails that try to sound personal by simply adding your name in random spots and end up sounding colder as a result.

I just never bought them. Literally or metaphorically.

But then Lostmy.name hit my radar. They offered to send some personalised books for the kiddlywinks, and I was sceptical. I checked out the website, trying to read as much of the book as I could, and felt my hopes start to rise. They looked good. Not just good for a personalised book, but actually good.

So I said yes. And here’s what we thought. 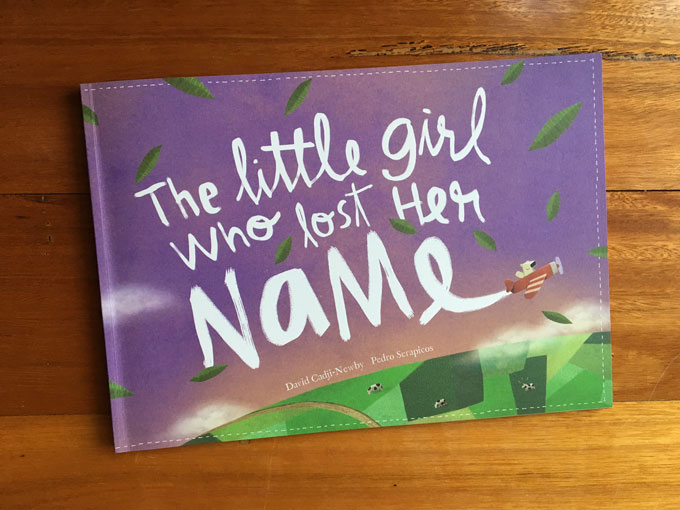 One day a little girl awoke,
sat up and rubbed her eyes,
looked over at her bedroom door
and got a BIG surprise!

This book is adorable. Truly adorable. And rather than feeling like a cut and paste ‘personalised’ book, it feels like a book. A book that just happens to feature and spell out your child’s name.

Perhaps that’s why it feels more personalised than others. The entire book is shaped around the letters in your child’s name. The rhymes are actual rhymes, the premise is cute, and my daughter (who has recently turned six) read the book in full in between expressions of surprise and, “WOW! That’s the first letter of my name, too! I think this book is about me!”

The story is about a little girl (or boy, if you choose) who has lost her name. She goes searching for it, and meets some animals and helpers along the way. These helpers hand over letters to help her on her quest – in my daughter’s book, it’s an aardvark with an A, then a snail with an S – until she heads home and realises she has her name again.

My daughter has quite a long name, so I did wonder if we received a longer book than we might have otherwise. I would have tested the theory by also ordering The Little Boy Who Lost His Name, but my son’s name is the same length!

It’s a great book, and I would be saying that regardless of personalisation. The rhythm is spot on, the rhymes rhyme, and the little girl’s journey to find her name is super fun to follow.

It’s also a smooth read, one that seems simple and doesn’t feel too ‘done’. This belies the monstrous amount of work that has taken place behind the book production scenes, ensuring there are enough rhymes for thousands of combinations of letters. Hat tip to the Lostmy.name team! 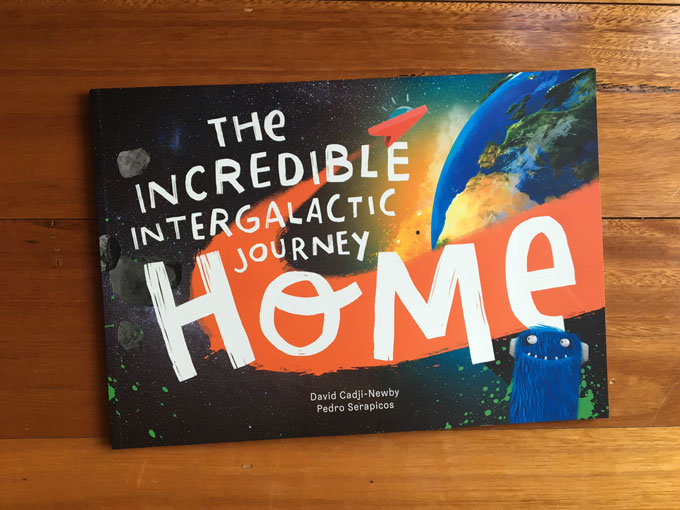 Two friends were on a secret trip,
through deepest space they flew,
a billion light years from their home –
and guess what? No-one knew!

I decided to order the new addition to the Lostmy.name library for my son for two reasons: he has recently turned three, and wouldn’t necessarily recognise that his name was being spelled out in the first book; and, his name and my daughter’s share a lot of the same letters. If I had ordered The Little Boy Who Lost His Name, they would have had very similar sounding books.

So we went with The Incredible Intergalactic Journey Home, and he loves it.

There is less personalisation in this book. Which is not to say it’s less personal – my son is the main character, and his name appears throughout – but that the story feels less geared towards him. It’s a general story into which he has been inserted, rather than one shaped by his name or interests.

His address, however, plays an important part in the story. The title gives the clue – this spaceship doesn’t just head to a generalised spot. It heads right to our house, with Australia first coming into view, then Melbourne, and then a Google image of our street!

Right now, this doesn’t mean much to my little man. But my daughter was amazed, and when he’s older, I know my son will appreciate the appearance of his house in his very own space-themed book.

This book is a slightly clunkier read, and feels a few edits from being brilliant. But it is still a winner: just check out this grin! 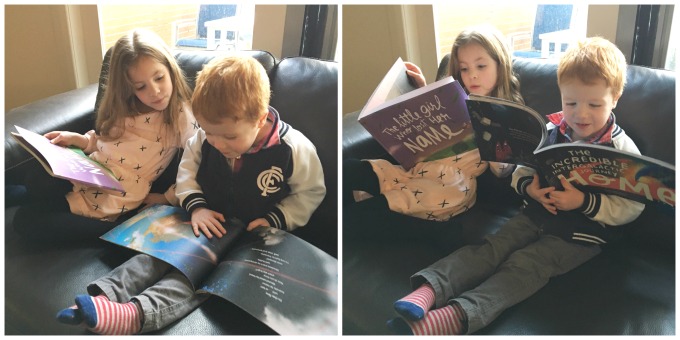 My children adore these books. Recommended for children ages three and up. Visit Lostmy.name for more details and to create your own personalised books.

Have you read either of these books? Are you a fan of personalisation in books?

(This is not a sponsored post. I was sent copies of The Little Girl Who Lost Her Name and The Incredible Intergalactic Journey Home for the purposes of review. All opinions are my own.)