Okay. Crack knuckles. Stretch back. I’m diving in with a big, huge, MAMMOTH-SIZED grammatical topic at the request of Maxabella.

We all know the third person singular pronouns. He, she and it. (Side note: we’ll use the subject form of pronouns for this post to keep it shorter, but the argument applies across the board.)

One might use one if one begins a sentence with one (and if one is the Queen), but in all other circumstances – in most circumstances – you’re choosing between the other three.

So what pronoun do you use if you’re talking about someone (a single someone) in the third person without knowing their gender?

Enter ‘they’. The third person plural pronoun. It is often adopted for use in singular contexts where the gender is not known.

But should it be?

I asked some of my readers what they thought of this. 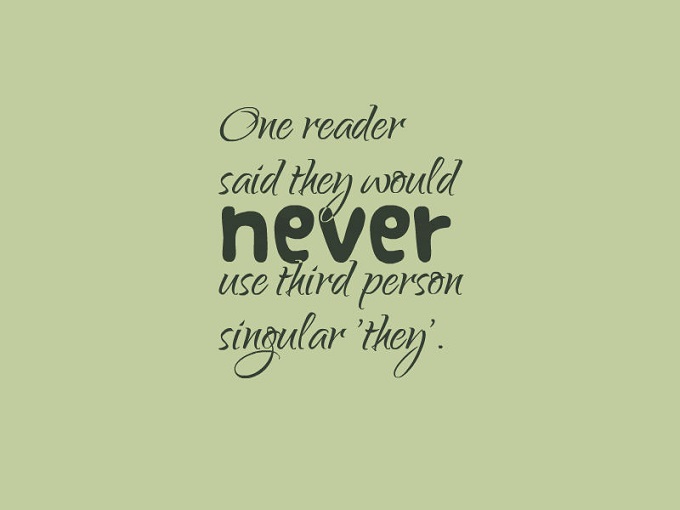 Opinions varied, ranging from outrage at the use of a plural pronoun in place of a singular to the belief that the use was so common as to be acceptable.

The pronoun is one of those word categories that is resistant to change, and resistant to new members. New nouns, verbs and adjectives enter our lexicon all the time. But ‘I’, ‘me’, ‘you’, ‘he’, ‘she’, ‘it’, ‘we’ and ‘they’ (and possibly, but not really, ‘one’) have been the sum total of our subject pronoun collection for a very long time.

Throughout the history of English, there have been attempts to introduce a new gender-neutral pronoun. ‘Shim’ was a favourite in Australia for a while (in some – very small – circles), though never truly gained traction.

I don’t find it surprising that when our need for a gender-neutral pronoun became so great that it could no longer be ignored, we instead turned to an existing pronoun and extended its meaning.

For me, as ever, it all comes down to communication and comprehension. When someone uses ‘they’ as a singular pronoun, do we understand what they are saying?

Well, did you understand that sentence? Because I just did it. Tick for communication and comprehension. 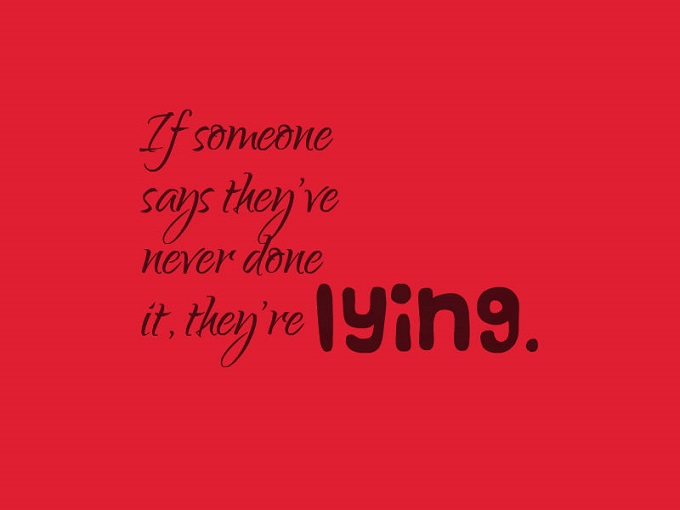 Don’t get me wrong. ‘They’ is imperfectly used at the moment. If you use ‘he or she’, the verb remains as it would for ‘he’ or ‘she’. If a fan rushes the stage at the One Direction concert, he or she knows that he or she will be kicked out of the concert.

But if you use ‘they’, the verb agreement switches to plural despite ‘they’ being used as a singular. If a bouncer kicks a fan out of the One Direction concert, they know there’ll be tears.

So the use of ‘they’ as singular isn’t so prevalent and acceptable that the verb agreement has switched. 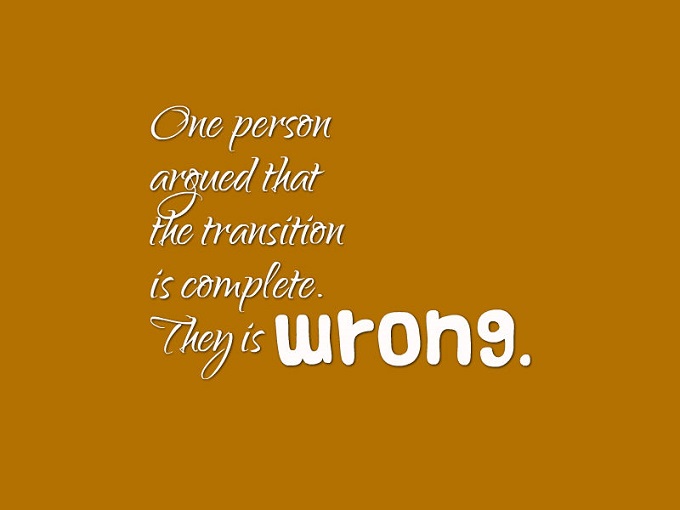 Okay. That was fun. Lots of thoughts and observations swirling around. But where’s the helpful bit? Like, you know, what should you actually, you know, do?

If you’re writing for a publication, consult the style guide. If there is no specific instruction for third person pronouns, ask your contact for their stance. 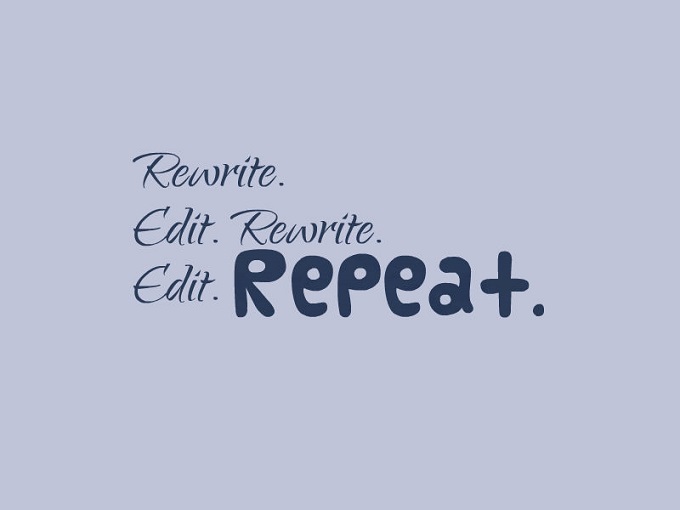 If you’re writing a formal or technical document, ‘he or she’ may be acceptable. If a fan breaches security at the One Direction concert, he or she must immediately be escorted off the premises. If you don’t like the way it sounds, but cannot think of an alternative, you could always use ‘he or she’ and attach a note that ‘they’ may sound smoother if the client prefers.

If all else fails, just use ‘they’. Embrace the trend. And be ready to explain your decision to the client.

I truly believe that one day, we will accept ‘they’ as the gender-neutral third person singular pronoun. I don’t yet know if we will accept it to such an extent that we use singular verb agreement with it. It sounds odd to me, but once upon a time, ‘they’ in this context sounded odd full-stop.

Only time will tell.

Okay. I’m ready for a lot of disagreement. What do you think? Do you use ‘they’ as a gender-neutral third person singular pronoun? Does it grate when you hear it?

« Kids grow up, and so do we
Bears in the Night – Stan and Jan Berenstain (book review) »