This week, my family celebrates the 20th anniversary of my father’s death.

Did that sentence make you feel uncomfortable? Me too. They’re not the right words, are they? Celebrates. Anniversary. But the problem is, there ARE no right words. We are not equipped to talk about grief. We’re not supposed to talk about it.

So, with the lack of words available, I’m sticking by it. We celebrate the anniversary of my father’s death.

On this blog, I’ve alluded to the fact my father passed away when I was young, but I’ve never gone into detail about it. I’m not someone who shouts these things from the rooftops (which is perhaps ironic for someone who has their own blog). Grief is often buried away, as if it’s shameful.

It’s not shameful. My grief was real. My grief IS real. I still grieve for my father. 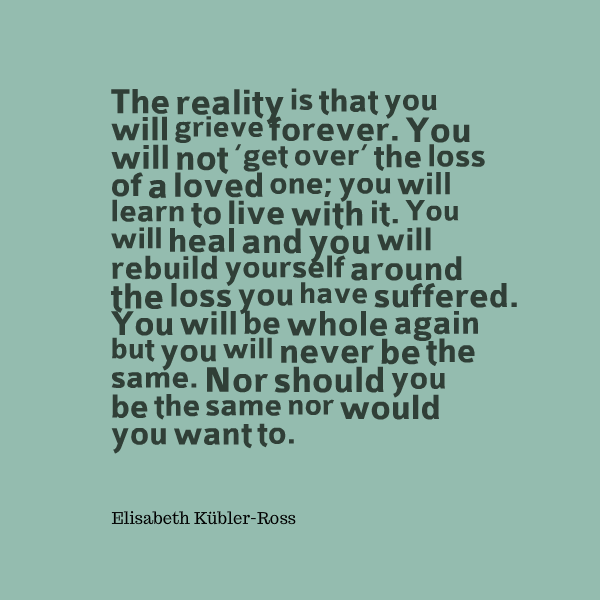 I was twelve years old when my father died suddenly. I went to school, I came home, and my mum took my brother and I into their room – her room? – to tell us he had died. The moment I realised what she was going to say (about 15 seconds before the words came out) is still the clearest memory I have of any one moment in my life.

I was twelve years old when my father died. I knew him as anyone who is not yet an adult knows their dad – as a hero, a fun guy, a guitarist, a musician. As a beer drinker, a stir-fryer, a barbecuer, a handyman. As someone who gave me ‘that’ look when I was in trouble. He was the person to ask for help when I had art or maths homework. The person to carry me in from the car when I fell asleep, to lift me up for a slam dunk in the backyard, to fix my bike when the chain fell off or to kiss me gently on the forehead before I fell asleep.

I was twelve years old when my father died. I was on the cusp of teenagehood, of perhaps rebelling against my parents to work out exactly who I was. I was years, months, perhaps even days away from the yelling, screaming, slammed doors and, “YOU JUST DON’T GET IT! I HATE YOU!”s of frustration and finding my way in the world. And of being sure I was right. Always so right.

Grief doesn’t go away. It abates. It changes shape. But it stays. I still grieve the dad I lost. I also grieve the versions of him that others lost. And I grieve the dads I never got to know, the roles he never got to play in my life. The friend. The mentor. The father-in-law. The empty nester. The grandfather.

I want to remember these things and share them with others. But how? We live in a world where an acclaimed author can write a book about grief and have it rejected by publishers because GRIEF. Because SAD. Because UNCOMFORTABLE and AWKWARD. Because DARK and SCARY and CONFRONTING.

We need Eden’s writings on her grief following her brother’s suicide. We need tears and fumbling and real emotions on famous faces in times of personal and national tragedy. And we need Kerri’s Grief Book.

I was twelve years old when my father died. His death didn’t define me. But it shaped me. So I’m going to talk about it. Even when I can’t find the right words.

Have you experienced grief? How do you talk about? Please share those words here.