I was hanging out the washing recently (yes, I lead an extremely glamorous life) and Mitchell was trying to help me (yes, I’m a super-fun mum who only gives the best playthings to her children). 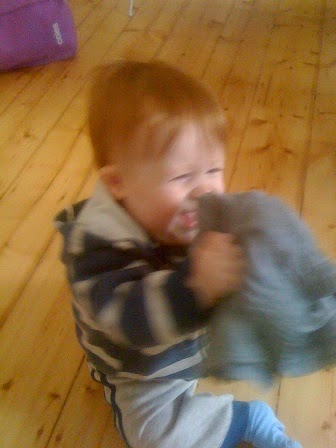 He had a pair of his tracksuit pants (yes, I’m a fashionista who only dresses her children in Gucci and Prada, daaaahling) and was intent upon putting them on the lowest rung of the clothes airer.

He tried again. He grunted again. He flailed. He almost head-butted the floor. He swatted at the clothes airer. He dropped the pants on the floor and hit them a few times.

He was trying to hang tracky pants on the airer, but he was wearing his cranky pants.

He flung the pants around one more time with a scream. And they landed on the clothes airer. 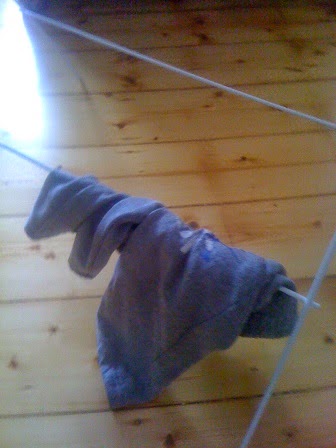 He looked at them. He cocked his head to one side, then the other.

Then he grinned. He tilted his head back to show me his teeth (only his top eye teeth were through at this stage – yes, I’m the mother of a vampire baby, and yes, it’s still adorable and only a little bit unsettling), then giggled and shuffled away.

What is the point of this story? Well, there a few.

One: keep trying. You’ll get there. You may not get there the way you’d planned – you may even get there by just flinging things around in frustration – but you’ll get there

Two: my boy is adorable even when he’s having a little hissy fit.

And three: hanging out the washing is difficult and annoying. But entertaining if you involve your children.


What have you learnt from your child(ren)?