2012 is almost over. And a favourite blogger of mine, Grace from With Some Grace, is hosting her usual Flog Yo Blog linky party with a twist this week.

I’ve thought about ways to approach this. Month by month? Most visited posts from the year? Recap by category?

My girl is pretty easy-going most of the time. But I recently had a horrible day with her, which had me reminding myself she’s just two.

So which one is she? 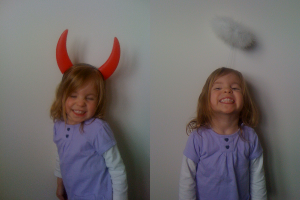 So far today, she’s the one on the right. You may get a different answer tomorrow.

After telling what I thought was pretty much all the important people in my life, I posted this photo on facebook and announced the pending arrival of bub. 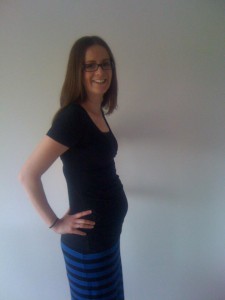 And the overwhelmingly loving, supportive response reminded me that there are far more wonderful people in my life than I generally realise.

As did the responses to the many posts I’ve written on being pregnant, morning sickness, hiding your pregnancy (both the first and second time), avoiding certain things when pregnant, and the troubles we had conceiving.

I am blessed. Thank you all.

Muffcakes take over the world

I botched some decadent chocolate chip muffins. I dubbed them cuppins.

Unfortunately, I mentioned that I had considered calling them muffcakes. Facebook, my blog and the internet in general imploded as a result.

I relented to the pressure and wrote this blog post. In which I discovered I had not invented the term muffcake. Not so surprising, really.

My girl is a girly girl. Despite my best efforts. She loves dolls, she loves pretty things, she loves to look good, and she’s forced me to rethink my view on whether nature or nurture has a larger role to play in personality development.

She chooses her own clothes, loves having clips in her hair, and has even developed a signature pose. 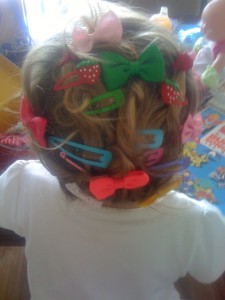 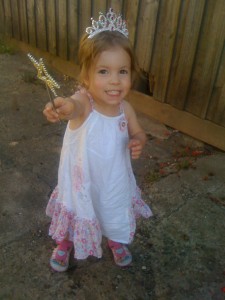 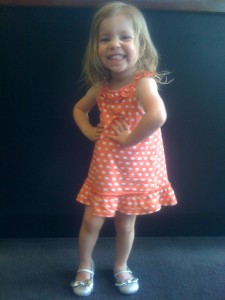 And people went nuts for one photo in particular. 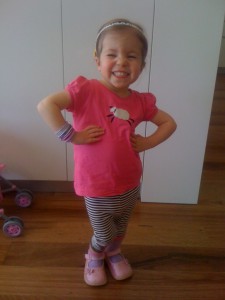 Being a parent is hard, but beautiful moments shine through

I hit a major milestone with no big fanfare. We were still renovating, still trying to conceive, and just generally still exhausted. But the lovely people in my life let me know they cared.

And I got lots of special gifts, providing the inspiration to write a special 30th birthday song.

I decided we’d been renovating too long when this happened:

For the record, it’s been more than three years. And we’re still going. We’ve had joy with no roof, scaffolding, splashbacks, no kitchen and no laundry. But our friends and family eased the burden.

And we’re past the worst of it. Surely. Just the backyard, bedroom, three wet areas, front porch, garage and front-garden-slash-forest to go.

Sigh. Renovations always take longer than you think they will.

We had some professional family photos taken before Ashleigh turned two. They turned out better than I could have hoped for. 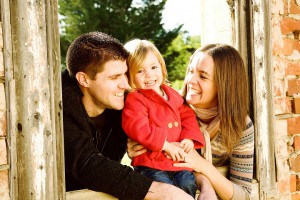 And before we had those taken, this photo had already become a firm family, and facebook, favourite. 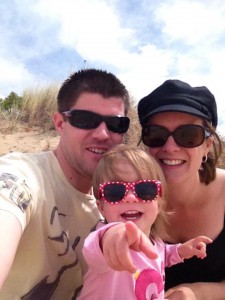 2012 review complete, courtesy of facebook’s top moments. Of course, more than that happened, and muffcakes don’t rate too highly on my own top moments list, but what can you do? (What do you mean I could decide the contents of my own blog post?)

I hope you all enjoyed 2012. And that 2013 holds even better things in store, whether you enjoyed 2012 or not. Thanks for reading this, and for sharing the You learn something new every day journey so far. I’m taking a bloggy break for Christmas, but hope to see you again in the new year.


What did your 2012 look like?
And if you’ve been a visitor here before, what was your favourite You learn something new every day moment for 2012?