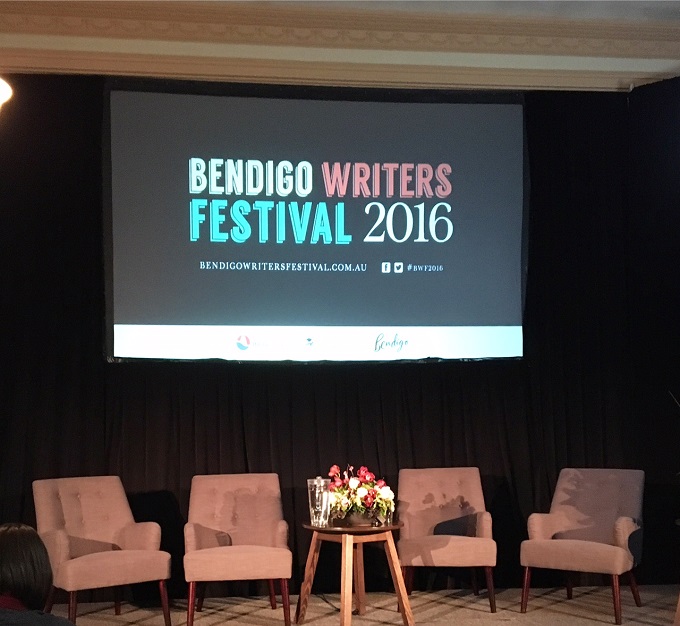 Last weekend (or the weekend prior, depending on your definition of ‘last weekend’ on a Tuesday morning), I attended the Bendigo Writers Festival.

It was fabulous. I filled my days (and one evening) listening to great writers, interesting panels and fascinating discussions, and embarrassing myself in front of some of my favourite writers.

Here are the main things I learnt.

1. You’re never too old to become a rambling, gibbering, fangirling idiot in the presence of people you admire.

I giggled embarrassingly at Anna Goldsworthy (Welcome to Your New Life) as she signed my books. I basically fawned over Anne Summers (Damned Whores and God’s Police), who graciously accepted my praise and then redirected much of it to other feminists she admires in turn. I gaped at Benjamin Law (The Family Law) until he pulled a funny face at me, laughed and waved.

2. Years of rambling, gibbering, fangirling idiotness in the presence of people you admire eventually settles.

Luckily, I was far more measured when it came to another favourite writer of mine. This time. I first met David Astle (Wordburger) five years ago. I’ve certainly done the awkward fangirl thing with him plenty of times, but this year it was cheek-kisses, a hug, a chat and a long overdue photo. PHEW. 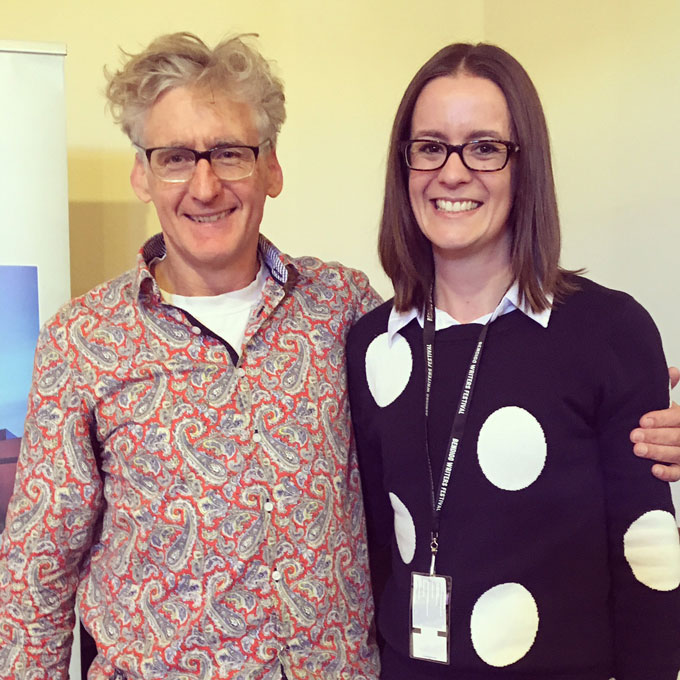 Bless Toni Jordan (whose book Our Tiny, Useless Hearts I bought on Sunday, started on Sunday evening and had finished by Monday morning) who asked if I was a writer. When I said that I wanted to be, and that I was working towards it, she said, “Then you already are.”

Research is so important for writing. This seems blatantly obvious for non-fiction, but it’s also true of fiction. Here are some examples.

Kate Mildenhall has written Skylarking, a work of historical fiction. It’s based on actual events in the 1880s, so research was pivotal for her work. It shaped the characters, the location and the everyday happenings of the book, as well as the key event that piqued Mildenhall’s initial interest in the tale.

Ellie Marney has written a crime series for a young adult audience, the first of which is Every Breath. I’m not going to list everything that needs to be researched for a crime novel, because I couldn’t hope to know how much is involved! Suffice it to say that research is critical.

Briohny Doyle authored The Island Will Sink, a novel set in the future. While I certainly didn’t think that setting a novel in the future gave you a research leave pass, I will admit that my jaw dropped as Doyle listed just some of the things she researched before (and while) writing this book, all of which helped make her imagined future as realistic as possible.

I loved this quote from Peggy Frew (Hope Farm) in the final session I attended on Sunday: The facts of your fiction have to be straight.

5. Community is important. But don’t let it become distracting.

Since ‘coming out’ as a writer, I have become part of a few writing and support groups.

They are so useful. For so many reasons. I get feedback and writing tips. I share my own knowledge of spelling and grammar. We share ideas, frustrations, wins and setbacks. We boost each other up, and let each other down (gently) when we miss the mark.

You also don’t want to become so reliant on your group that you can’t write without them, or that you get distracted by them. BALANCE.

6. It’s important to have an idea of your audience, but not to write solely for them.

Given that I’m not a published author (yet! CONFIDENCE!), this is yet to really impact me. But this feeling was shared by more than one author.

You need to write for yourself to keep the fire going. You need to trust your characters. You need to hand the story to them so they remain true to themselves, and don’t do out-of-character things to appease your audience. (No teen-vampire-werewolf-dinosaur-Terminator love pentagons, then?)

I learnt a lot at the festival. I also laughed a lot. Some of the more fun quotes came from the writers who have been doing this for a loooooong time, and have loooooong given up on taking themselves too seriously. (Or never did that in the first place.)

Peter Doherty (The Knowledge Wars): I think I’m the only Nobel Prize winner who’s had his arm up the backside of 2,000 cows.

Peter Doherty again (while on a panel with Benjamin Law and Anne Summers): I guess I’m the most boring, so I’ll start.

James Moloney (The Beauty is in the Walking): Authors are sticky-beaks and eavesdroppers. It’s dreadful.

And it wasn’t all about humour. There was also an air of camaraderie about the weekend, with respect flowing from the audience to the authors, between the authors, and back to the audience. And some of the authors shared it beyond the festival.

Anne Summers (in response to a question about finding the strength to keep spreading the feminist message in the 70s): There were lots of us. Strength in numbers.

Were you at the Bendigo Writers Festival? What did you think?