Almost nine years ago, I started my day much like any other.

I woke to a screeching alarm. I showered, got dressed, ate breakfast, brushed my teeth and walked out the front door. I headed to the train station. I squeezed my way onto a packed, overheated train on a freezing cold day. 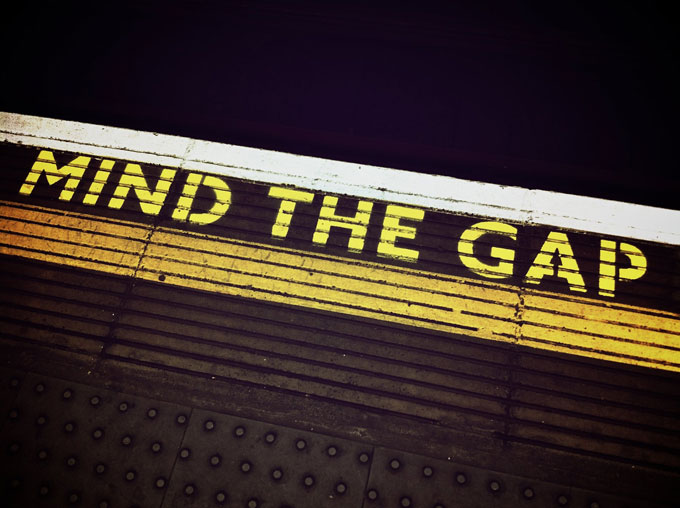 I stood, holding onto the overhead rail. I made unavoidable awkward eye contact with a lady in front of me, while making unavoidable far-more-awkward butt contact with who-knows-who behind me.

The train chugga-chugged into the city, and I felt fine. And then I didn’t. And that’s where the day diverges from the much like any other days I mentioned earlier.

As we approached the tunnel to the city loop, I started to feel woozy. Considering how much time has passed since this happened, and what was to follow, I’m surprised I can remember this next bit so clearly. But I began to feel odd in my stomach, like I hadn’t eaten that bowl of corn flakes that morning after all. Or my dinner the night before, for that matter. Then my face started to feel hot, and my head started to spin.

As I focused on bringing the spinning head under control, I realised I’d forgotten to focus on the rest of my body. I had lost all concept of height, weight and where my body began and ended. I was just telling myself how ridiculous that thought was when I started to feel faint. Then, that’s exactly what I did. Faint.

Next thing I knew I was sitting, half propped against a wall, on the cement of an underground train station platform. A crowd peered rather uselessly at me while one man who’d been on the train pushed them back and asked them to give me space.

A station attendant with a first aid kit snaked his way through the growing crowd and, together with the man from the train, helped me into a wheelchair.

They took me to a first aid room and the attendant ran through the usual procedures. He checked my head. He asked me my name, the date and our location. He asked if anything else had been hurt in the fall. He took my blood pressure. He measured my pulse. He poured me a glass of water and asked if I had had anything to eat.

He was then called out of the room to another incident. And the man from the train remained.

He asked how I was. He asked if there was anyone he could call for me, or anything he could do.

I told him I was fine, and that I would call my husband and ask him to take me home, and he said okay, and remained there as I made the call and then took a sip of water. He moved to support me when I tried to sit up, but I assured him I was okay. He asked a few questions, and I answered while staring at the ground. I had a vague feeling I was supposed to ask him a question or two, and be an active participant in the conversation, but I was still focusing on finding the concept of my body’s height, weight, and where it began and ended.

And, more than that, I was still so embarrassed.

The man from the train got up and prepared to leave. “Are you sure you’ll be okay?” I promised I was okay, and that I would be fine. But I stopped short of looking him directly in the eye. Or even, I think, thanking him.

I was SUCH an idiot, and I am SO embarrassed, and the reasons for both feelings have changed a lot since that day.

He turned to walk out the door, then turned back. “Your name’s Emily, isn’t it? I hope you’ll be okay, Emily. By the way, my name’s… ” I think he said Ben, but I’m not sure. Cue more embarrassment of a new variety. But the old embarrassment blocked it out not long after I’d heard it. I nodded, and confirmed my name. He nodded, wished me luck and left.

Ben? I want to say Ben. But I’m not sure why. I think you said that you normally rode to work but for some reason had decided to take the train that day. I think you said that your workplace would understand your tardiness, or even your absence, once you explained. I know that you didn’t want to leave me alone in that room, and would have preferred to wait with me until my husband arrived. And I know that I didn’t thank you properly. Possibly at all. I let my embarrassment at what had happened and how vulnerable I’d been in front of a complete stranger stop me from saying the most basic, decent thing I could – should – have said.

Thank you, kind stranger who may or may not have been named Ben.

Not every unfun story has a happy ending. This one does. Later that day, I started vomiting, and I continued to do so around the clock for the next four months. My husband started driving me to work in the mornings, and I didn’t faint on the train again.

And approximately seven-and-a-half months after I fainted on that train, I met my baby girl.

Have you ever accepted kindness from, or offered kindness to, a stranger? I’d love to hear your stories.