I’m guessing I’ve lost a lot of readers just from the title of this post.

For those of you still reading, welcome to this third instalment of Practical Grammactical. We’ve blitzed through punctuation and discussed some one-word/two-word confusion.

Let’s kick it off with one you’ve seen on the blog before. Cue Mission: Impossible music. 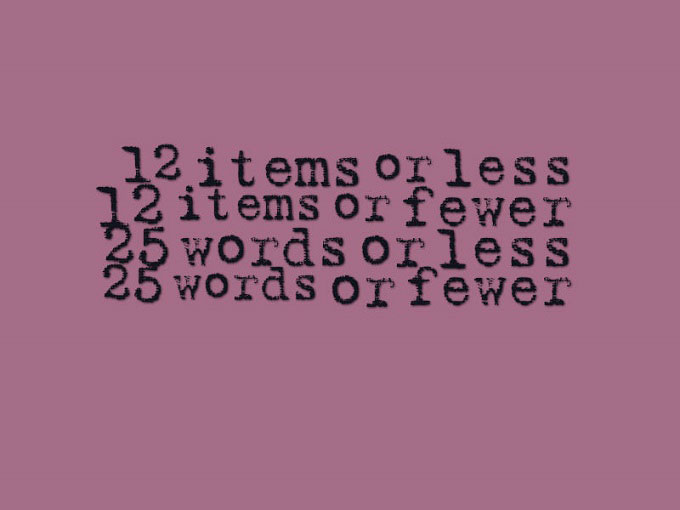 Have you ever stood in the queue for the 12 items or less checkout at the supermarket and wanted to scream? IT’S FEWER, YOU ILLITERATE NUFF-NUFFS. FEWER!

It’s time to admit defeat on this one. If you’re standing in the queue with nine items in your basket, you’ve obviously understood the meaning. Communication mission accomplished.

If you use ‘fewer’ instead, you will get comments. Not the good kind. There will be no back pats, and the comments won’t be competition entries. Those that find your 25 words or fewer competition will feel compelled to point out that in their expert opinion, you should have used ‘less’ instead of ‘fewer’. Some will even despair at the state of the English language.

Save yourself the hassle (not to mention the temptation of entering into a linguistic debate with your readers). Stick with ‘less’. Just like I did when I shared my tips for winning 25 words or less competitions. 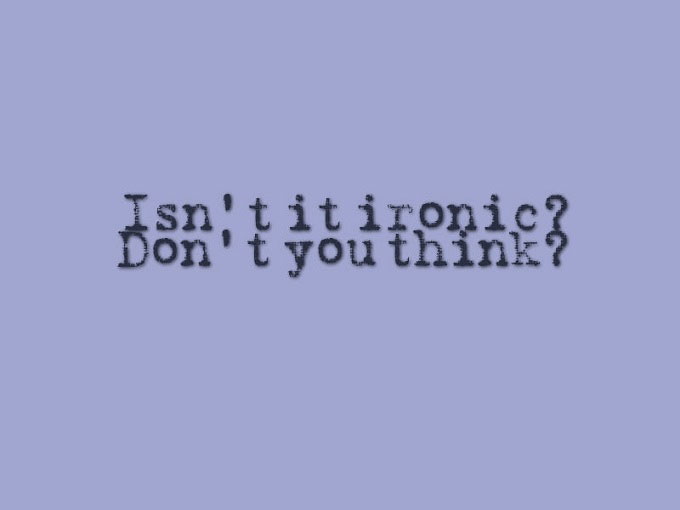 No, not usually. These days, people use the terms ‘ironic’ and ‘ironical’ to describe events that are better described as coincidences, or even events that should in fact be expected from the given circumstances. This use doesn’t fit with the original dictionary definition.

But it’s been used in the Alanis Morisette ‘Isn’t it a coincidence? Don’t you think?’ way for so long now that the official dictionary definition has actually changed.

So yes, it is ironic. Even though it’s really just a coincidence. And when someone says that someone pulling the fire alarm bell five minutes before something actually caught on fire is ironic, you know what they mean. Communication mission accomplished.

Literally means literally. Except when it doesn’t. 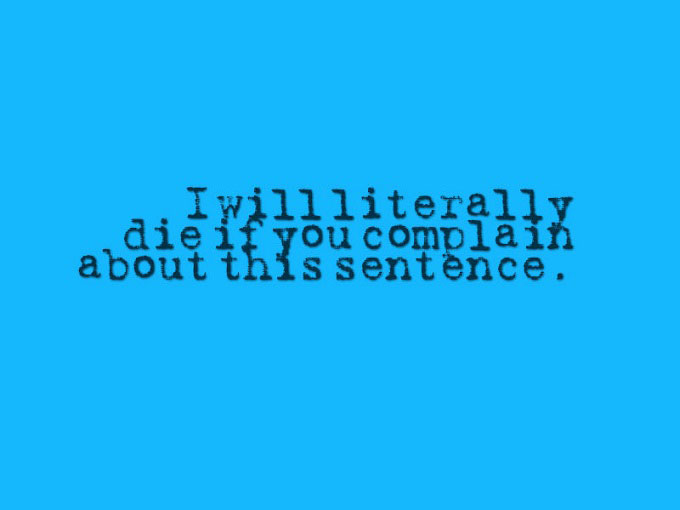 Literally. I will literally die. For two reasons:

‘If’ can be non-conditional. 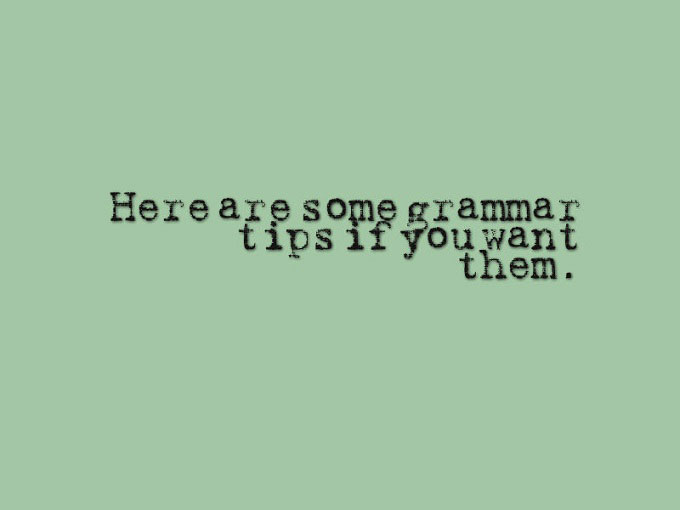 This used to get to me. It still makes me feel a little squeamish. That ‘if’ sticks out. So if you’re not interested, this post will disappear? Um, nope. It’s still here.

But again, it’s a case of this sentence being acceptable because my point is clear. The non-conditional ‘if’ doesn’t hurt your understanding. You know what I mean. Communication mission accomplished.

The non-conditional ‘if’ stops you from overstating your authority. It softens a message, and makes it sound helpful instead of dictatorial. It gives you the option of taking the information on board if you’re interested, or ignoring it if you’re not.

In a former work life, I had a boss who used to begin every request with ‘if you could’. “If you could send a quote to the client.” “If you could finish that report by tomorrow.” There was no further element to the sentence. It was left dangling. It wasn’t used to mean that if ABC, then XYZ. If I could do that, then a reward would be evident or something would eventuate. No. It was just a softener so that she didn’t feel she was issuing direct commands. “Send a quote to the client.” “Finish that report by tomorrow.”

The grammatical pedant in me hated it, and in fact still hates it. (It’s going beyond the non-conditional if to a non-conditional if statement.) But when I look at the direct alternatives, I can see why she did it. I can even appreciate it. Communication mission accomplished.

Go forth and err.

Do you have any to add? Have you noticed any former (or current) grammatical grumbles now becoming accepted?
And who will be the first to vehemently disagree with one of these? The clock is ticking… or is that the start of the Mission: Impossible music again?